About a Scientifically Tenable Basis of Long-Span Structures

Eric DeLony raised the following question in 1996: What is a World Heritage Bridge? And stated that it must: “Represent a masterpiece of human creative genius; Have exerted great influence, over a span of time or within a cultural area of the world, on developments in engineering theory, technology, construction, transportation, and communication; Be an outstanding example of a type which illustrates a significant stage in bridge engineering or technological developments.” (DeLony, 1996).

After an introduction he defines the following categories:

The question is whether this is a scientifically tenable basis for a classification scheme of long-span structures? What do we have? Distinction according to the material, art history aspects, location,
purpose, supporting the principle and stationary/non-stationary. If we are laypersons in the field, a look into neighbouring sciences may be worthwhile. Let’s take zoology. If we want to classify the sum total of all living beings into categories, we can distinguish them into mammals, hoofed animals, domestic animals, etc.
A transfer of this approach to bridges (animals) requires us to emphasize their primary characteristic feature – namely span and the associated slenderness. Why? The larger the span, the lower the potential deviation from the pure structural form, the clearer the principle. And which principle? The load-bearing principle.

The second issue to be discussed would then be by which means (e.g. materials) the above could be achieved. Therefore, it is of interest a look at the view of civil engineers, who – since the foundation of the Ecole de Ponts et Chaussees in France, i.e. of schools of engineering in Europe – have provided scientific fundamentals and bases. In this case should be noted carefully curated exhibition and publication (Bühler, 2000) on bridge systematics and history at the Deutsches Museum in 1998. There was also a chronology table which illustrated the most significant bridge structures in their historic contexts. The systematics is basically according to a bridge’s structural operating principle:

The whole exhibition was inspired by a close relation to the concepts and lifework of Jörg Schlaich. The civil engineer Schlaich (Schlaich, 1992) initially considers a given long-span structure as a beam which absorbs Bending forces with its cross-section. 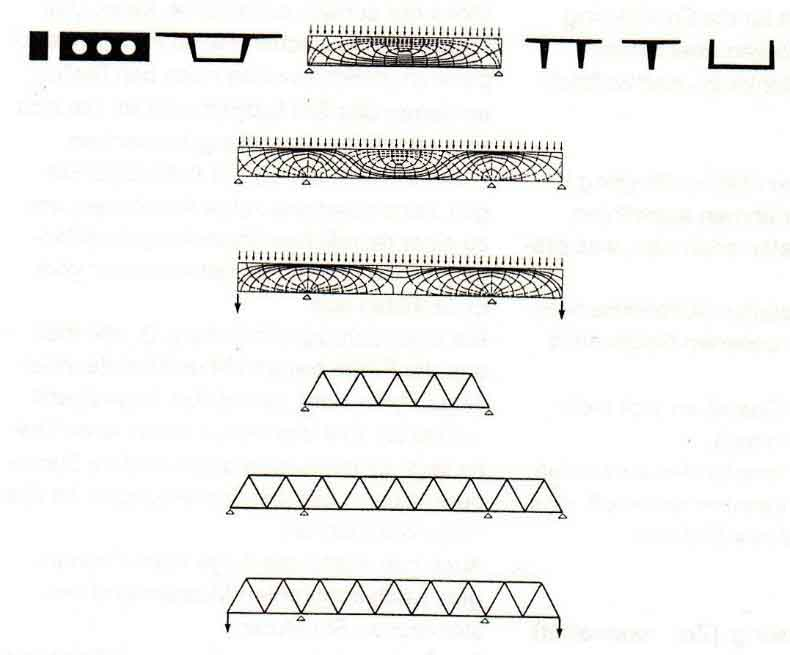 Then, he dissects the cross section into its interior stress pattern to identify tension and compression zones. This consideration has given rise to a truss with a non-sway triangular geometry to optimise the beam.
In a further step, he continues to break down the beam and is confronted with the problems of slenderness and buckling stiffness, in which the stiffness can be realised by trusses and pre-stressing. 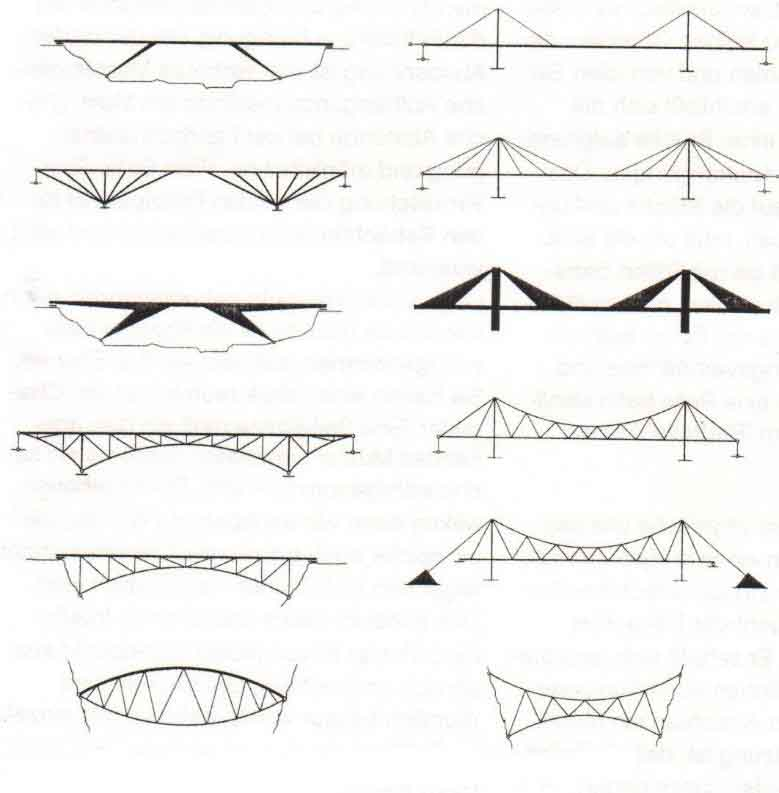 fig. 3: Systematics of Jörg Schlaich: Stiffness by use of trusses and pre-stressing from Schlaich

And yet another aspect comes into play. He makes a distinction between in compression-stressed structural members (arches) and tension-stressed members (cables, suspension structures).
fig. 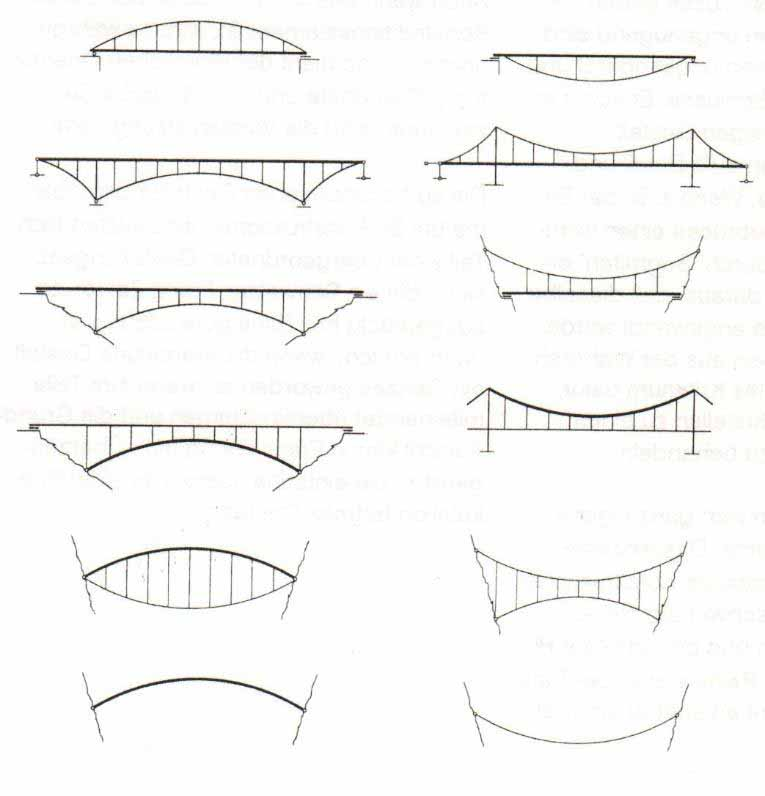 fig. 4: Systematics of Jörg Schlaich: Stiffness by use of bending and pre-stressing from Schlaich

This takes us to Antonio Gaudi who impressively verified and implemented arch/vault as the reversal of cables/cable meshes. Gaudi had hung up chains, lit them candles from below, made drawings and built corresponding arches. This whole method is indeed structurally correct and was known by Leon Battista Alberti, Italy and used in modern times by Heinz Isler, Switzerland.
This brings us to H. Engel who detailed the support structure systematics even clearer. He suggests the following distinctions (Engel, 1967):

The terminology of Heino Engels finds its limits where an arched supporting structure (single stress) is dissolved into rods/trusses or a homogeneous shell (surface) into a lattice shell. This — according to its interior structural operating principle – is called by Engel a vector-active system: A rod supporting structure in the appearance of an arch.
Let us take the liberty to exercise this terminology by taking a look at the Garabit Viaduct by Eiffel, built in 1884 – in comparison to the Müngsten Bridge, completed in 1897 by Anton Rieppel/MAN. The operating principle is a rod supporting structure with pure tension and compression forces according to H. Engel. The appearance of the overall system is a steel truss, consisting of a two-hinged arch (Garabit) resp. restrained arch (Müngsten Bridge), both with elevated carriageway, the latter as a relieved beam.

Three aspects were annoying challenges to the engineers:

The steel bridge, designs of the 19th century are examples for the ability of the upcoming civil engineers to understand the inner structure. They understood and realized retained bodies and indetermined steel structures (f. e. Müngsten Bridge), which leads to modern, reinforced concrete bridges and even to hybrid structures in our modern time.

← Brückenbauwerke Run down in Chronological Order →