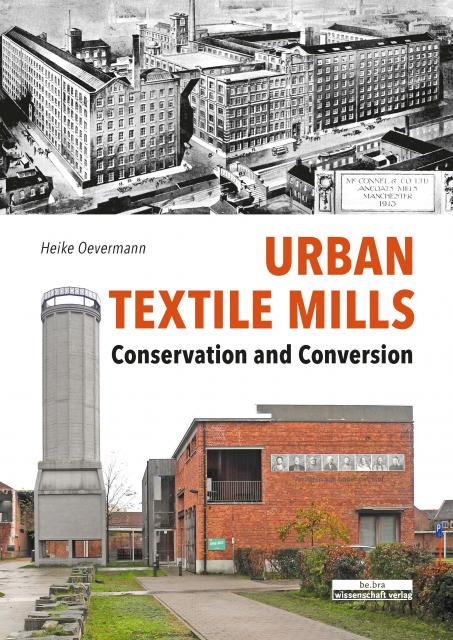 Urban textile mills shaped European cities from the late 18th century. Steam engines, bulk transportation infrastructures, and concentrations of skilled workers allowed the expanding industry to relocate from its initial riverside locations and to settle in cities. From such dramatic technological and social changes, textile cities arose, as well as urban industrial districts and landscapes.

The decline of the textile sector in many of these original locations has meant that converting and repurposing these historic industrial complexes has become a new opportunity and important task in many European cities.

The novel contribution of this book is that it examines not only the period of industrialization—the historic emergence of four urban mill types—but also focuses on recent processes of their repurposing, and correlations between both periods and processes.

The conservation of urban textile mills is not only about the technological and architectural contributions of the textile industry and the securing of these material remains. Beyond this, textile mills have been—and remain—significant features of many cities and should be recognised as resources for sustainable development.

The book contributes to the case-specific knowledge of 20 textile mills in Europe by analysing their development as industrial complexes, beginning with the first steam-driven mills in Manchester from the end of the 18th century, towards their conservation and conversion in the 21st century, including the manifold layers of time. The work promotes the—often conflictive—task of achieving an appropriate balance, between conserving urban textile mills as documents of the past and adapting them to present and future needs.